Building Bridges
Today our Tackle group was back in the classroom for some group work.
The pupils were split into three smaller teams and given a task to build a bridge from coffee stirrers, string and sellotape. The rules were resources were restricted in amounts and the bridge had to be a set size and bear weight.
The teams were slightly different in their mix up from the norm and meant that new working relationships had to be made quickly.
Interestingly each group had developed a different tactic, which developed into three different results, but all working in their own way. Proof that resilience wins out and that sometimes there is more than one right answer. Lots of creative ideas and work processes were on show, but the challenge was taken further in a outside activity, stretching co operation and communication skills as well as demanding some quick thinking!
The winners of this weeks activity were Callum Gregory, Daniel Clifton Bennett and Hakeem Mumine.
Well done all, one more session before half term and a well earned
break on the way. 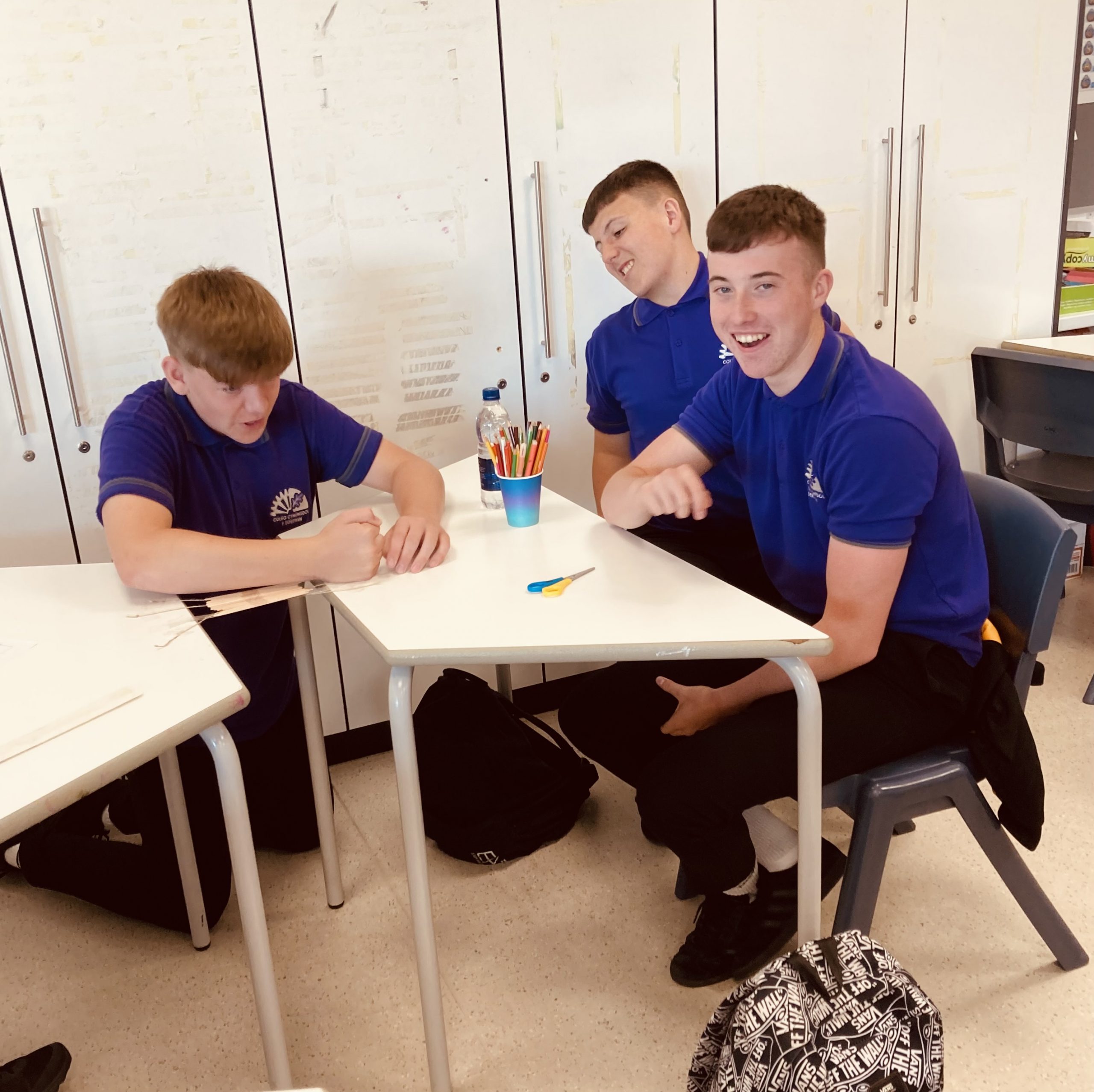 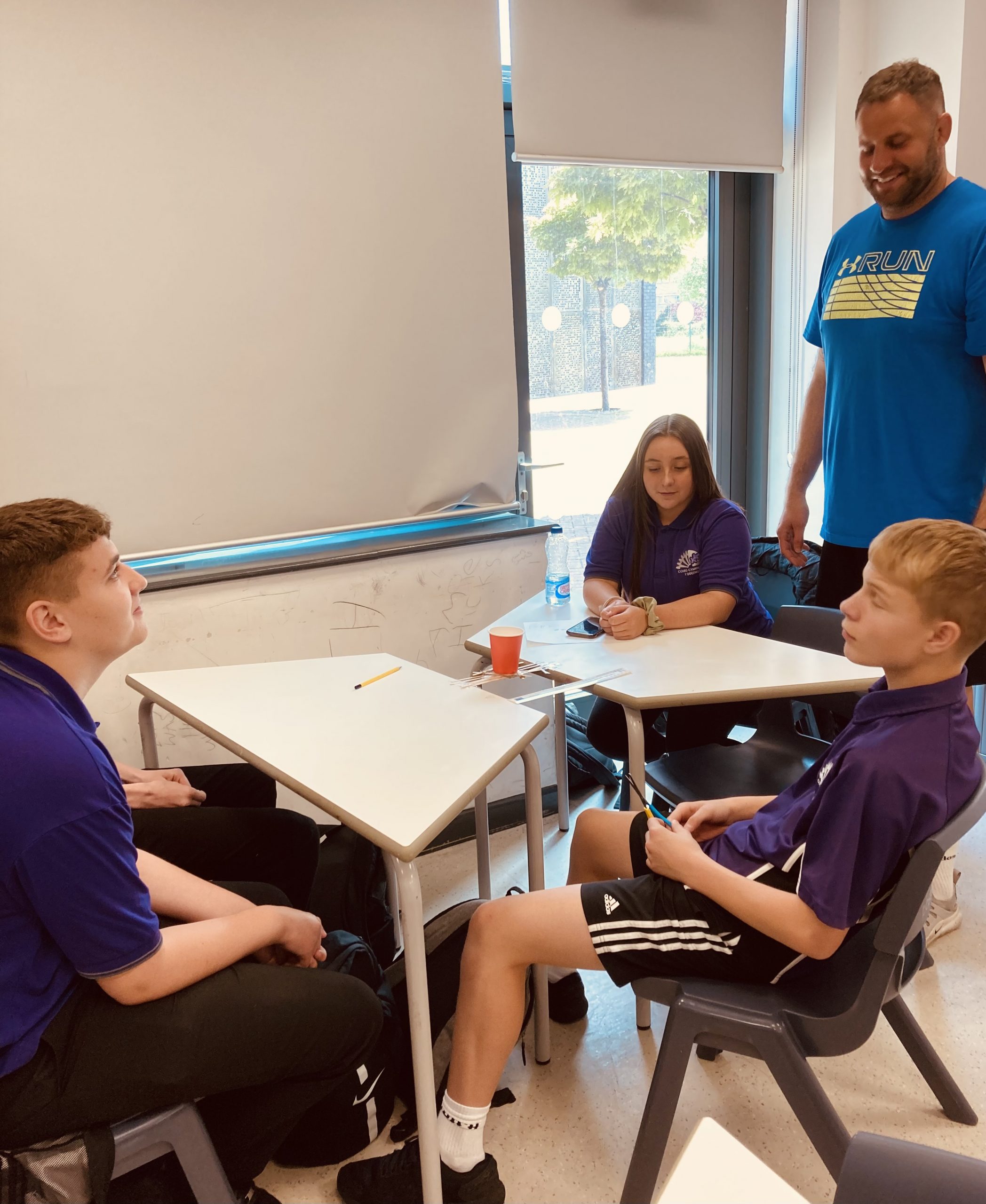 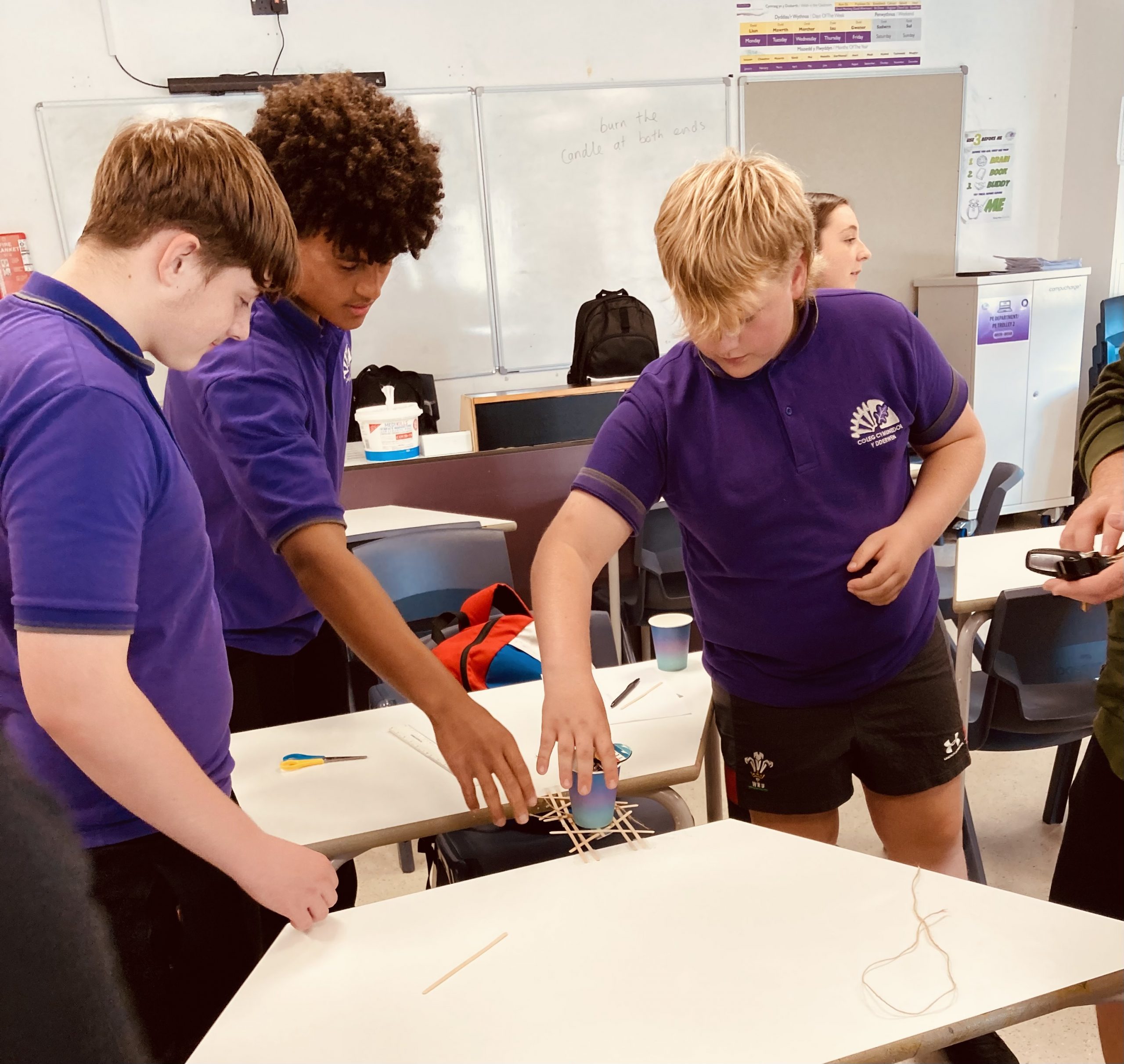 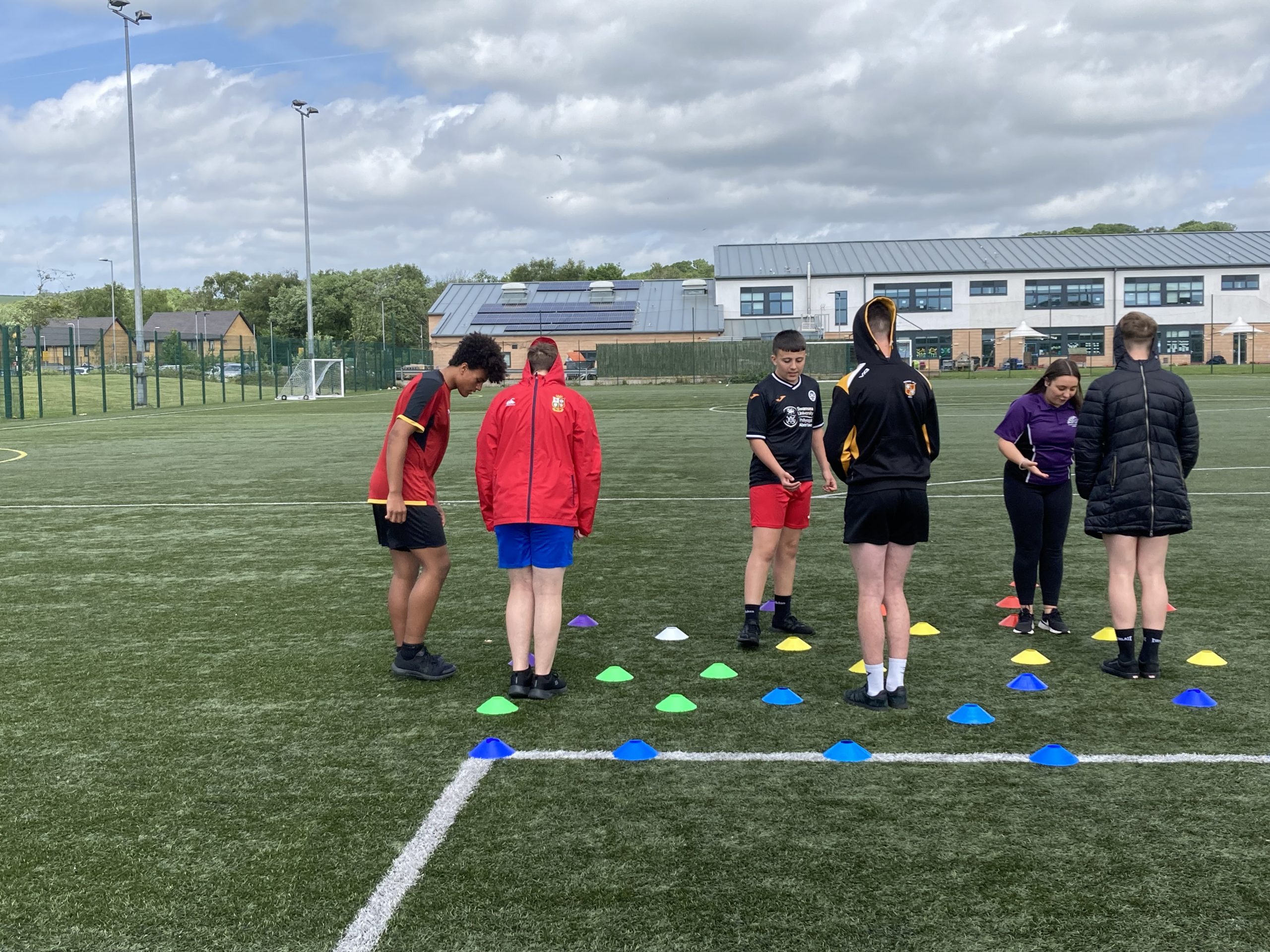