CCYD took six pupils to the Bridgend Rotary Competition hosted in Bryntirion. Our pupils were an absolute asset to our school.
Each group chose their own topic, wrote their own speech and had learned their topics off by heart.
Chloe Jones, Year 8 chose the topic of gender stereotypes and delivered the speech to perfection. It was extremely heartwarming to see a pupil who is usually so nervous and jittery when asking in front of others, stand up to a group of strangers and deliver a well rehearsed and hard hitting speech. Her co stars Grace Hughes and Crystal Bancroft also pushed themselves out of their comfort zone and did themselves proud tonight.
Megan Stone, Year 9 delivered a speech on the very poignant topic of mental health. Megan’s speech was well researched and it really showed how passionate she was about the topic. She was asked a very difficult question (compared to the other groups) about the Welsh Assembly and if she thought they were doing enough to tackle mental health. Megan answered this question in great detail and used her personal experiences of the Welsh Assembly in her speech. Megan was supported by Bethan Ridgeway and Keira Hill. Megan’s group lost out by just two points, which is really disappointing as I truly believe she should have won. However, it is a great learning curve as she was up against a group of year 13 pupils and only missed out by a couple of points. She is determined to win next year. 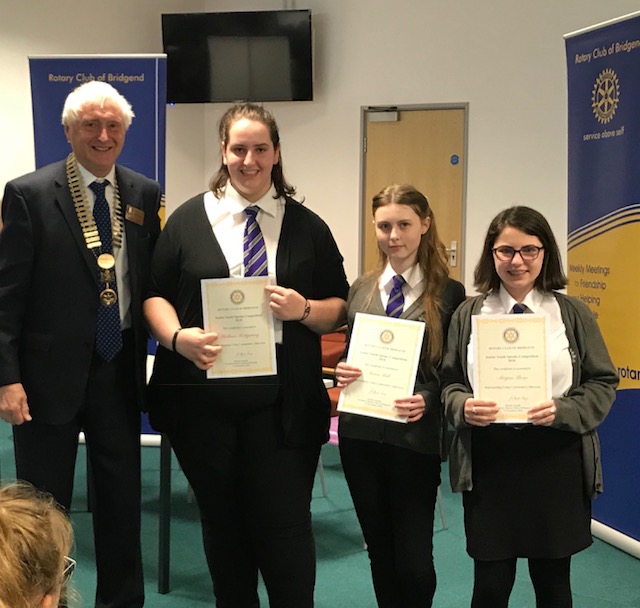 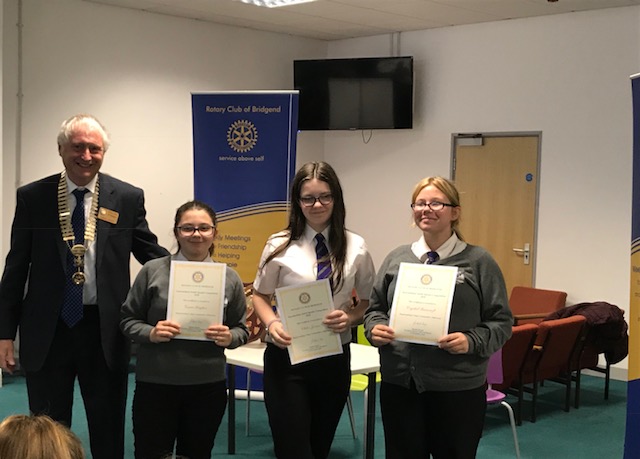