Last week, members of the sixth form Head Team led assemblies for all year groups to commemorate Remembrance Day.  The presentation focused on the symbolism and history of the poppy as our emblem for remembrance.
They explained how during WW1, the countryside was blasted, bombed and fought over repeatedly. Previously beautiful landscapes turned to mud; where little or nothing could grow apart from one exception to the bleakness – the bright red Flanders poppies.

In the Spring of 1915, after losing a friend in Ypres, Belgium, a Canadian doctor, Lieutenant Colonel John McCrae was moved by the sight of these poppies and that inspiration led him to write the now famous poem ‘In Flanders Fields’. Interestingly, McCrae screwed up his poem shortly after writing it, thinking it was no good.  It was his friends who retrieved it and encouraged him to get it published in the magazine Punch in 1915.  Little did he know that it would become one of the most popular poems of the War and we would still be using it to commemorate those who died 100 years later.

The poem led to the poppy becoming adopted as an official symbol of Remembrance across the United States initially, and then in the UK in 1921 when the British Legion also took it on as their emblem.  The Legion ordered 9 million poppies to be made that year and sold them on November 11 – the anniversary of the end of the Great War. Today, the Poppy Appeal sees 40,000 volunteers distributing 40 million poppies!

The assemblies ended with the last post being played by Eeva Salo (Year 11) and Catrin Edwards (Year 10) and one minute’s silence to remember those who sacrificed their lives in past conflicts.  It was also a chance for pupils to see the poppy collage created with poppies coloured in form time in preparation for Remembrance Day. 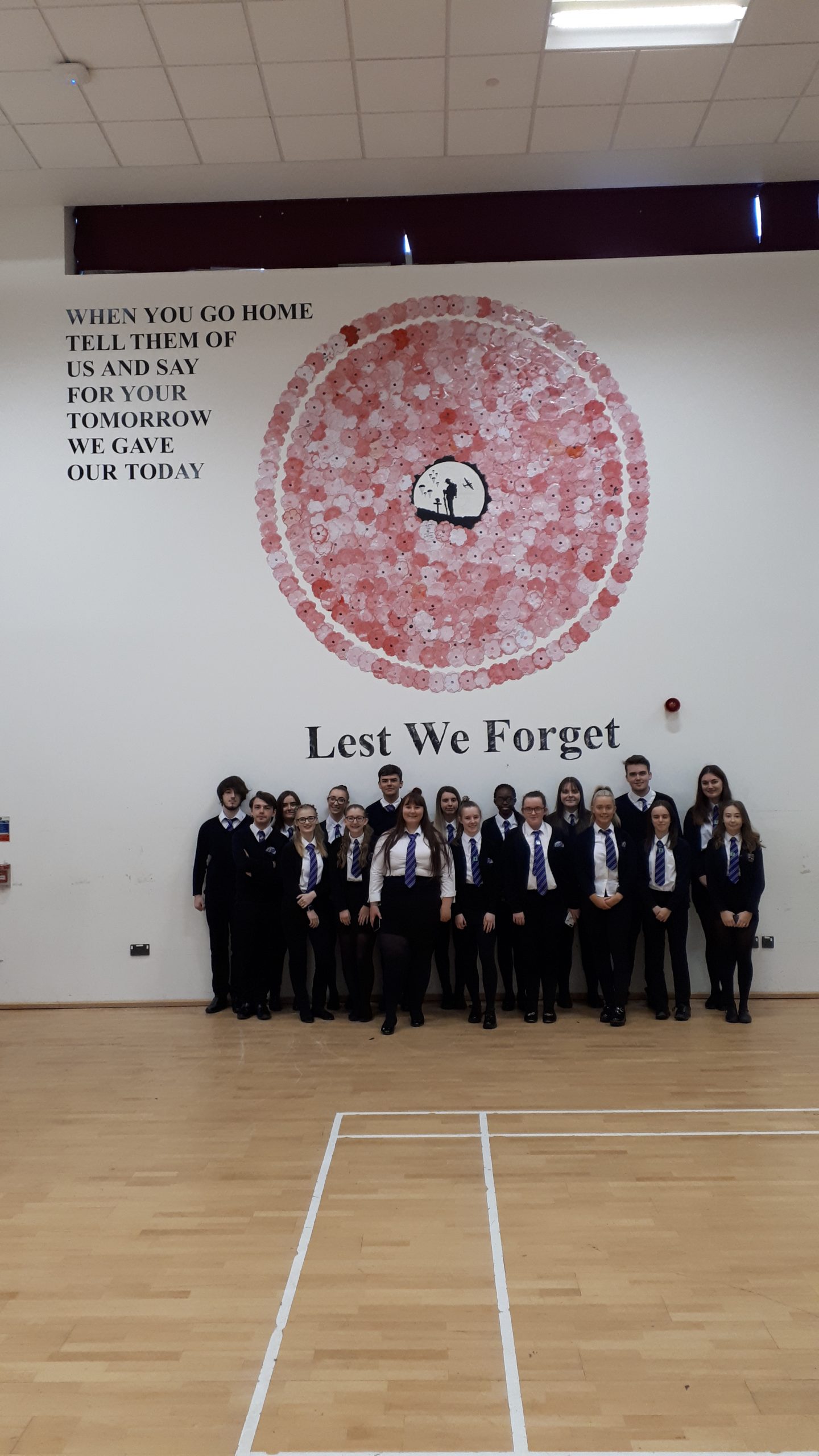 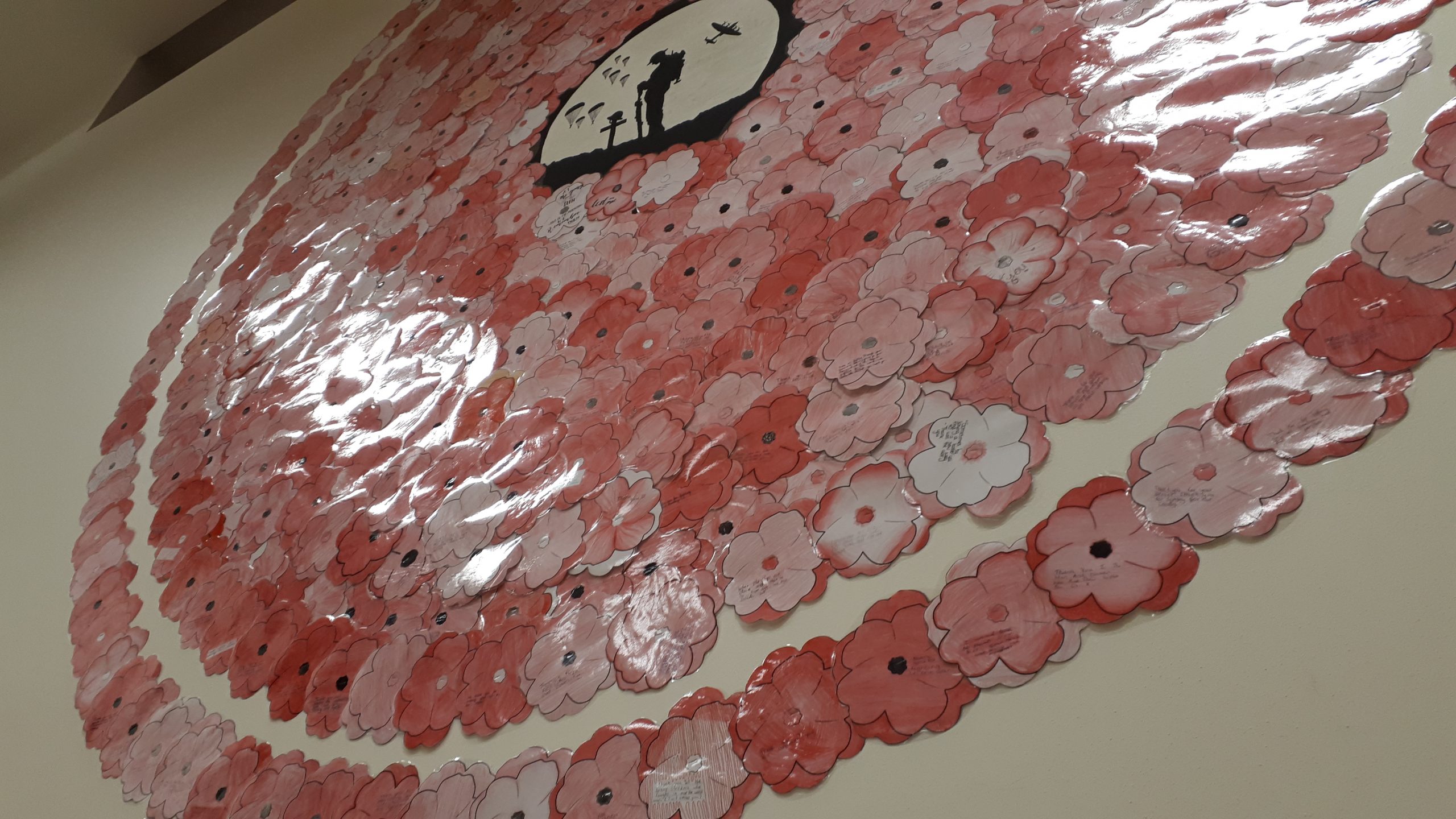