Yesterday we had our first ‘ Le Meilleur Patissier’ (le may-eur pah-tee-see-yay) contest (French version of the Great British Bake off).
We met with pupils at the end of November and gave them the French recipe in French for our traditional Bûche de Noël (christmas log).  Chloe Lambert, Thomas Summers and Sarah Griffiths gave up their time to judge the cakes and award prizes.
The 1st prize was awarded to Alyssa Blake, second prize to Hayley Davies and 3rd joint to Luca Bennetta and Ellie Willicombe.
We are looking forward to our next le meilleur patissier contest at the end of January when pupils will be making a Galette des Rois!
A bientôt,
Madame Mari-Pincott 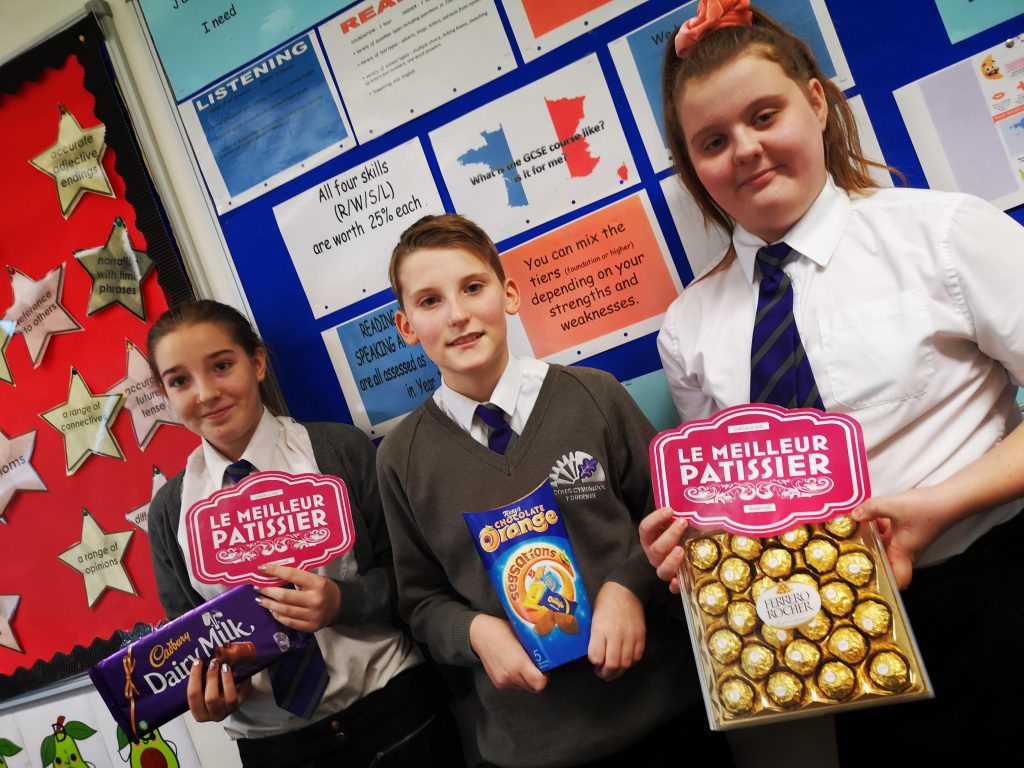