Leon Rayner (yr 9)- Amethyst College:
Leon has been involved in the filming of the new ‘Jamie Johnson’ series, which will air in March 2019 on CBBC. It is about a boy who deals with the trials and tribulations that life throws at him such as struggling to settle into a new school, searching for his absent father and making the all-important football team which is his passion.   Leon was an extra and also had a small role as a goal keeper in one of the episodes.
We look forward to seeing Leon and are very proud of his achievements. 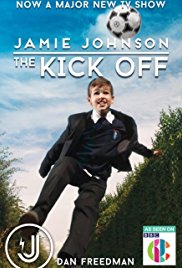