The following pupils have competed in the Big Bang South Wales competition, run by the Engineering Education South Wales. It was hosted by the MOD, St Athan on Thursday 11th April 2019

The students were teamed up with Zimmer Biomet who are the leading medical device manufacturers. they are based locally and they set the students the following brief:
Develop a system to tag the location of product development and validation lots within shop floor and create a tracking environment.
From October 2018 the team of students worked closely with Lloyd Dewar and Siam Williams from Zimmer Biomet to help them solve the brief. Students visited Zimmer Biomet’s factory where they gained an understanding of the environment their system would be implemented. They utilised the facilities at Swansea University, Control 2K and University of Wales Trinity Saint David.
In March the students had to submit a report about their project for judges to read in preparation of the competition. On the day of the competition students presented their work to a panel of judges, where they were also questioned about it. Throughout the day students repeatedly presented to visitors who took an interest in their project.
Students thoroughly enjoyed the day and the event with some of the team wanting to do it all over again and others being so grateful it was all over!!!
The school would like to say a massive thank you to all students involved and their hard work, especially at this busy time of the school year with coursework and exams. Well done. 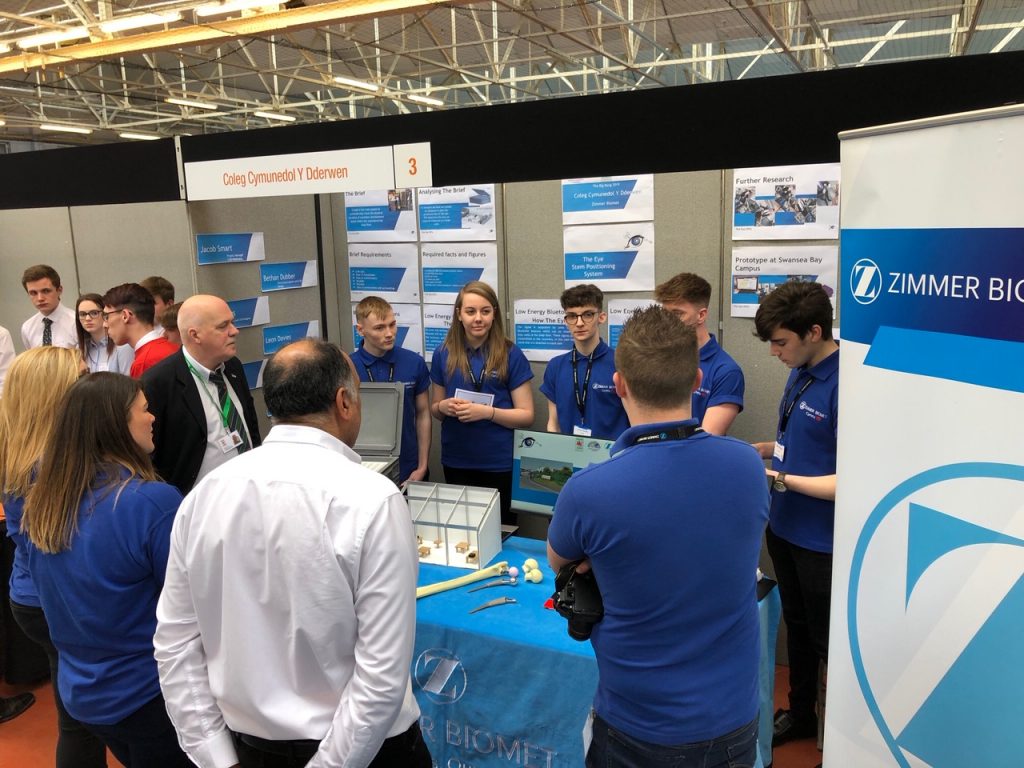 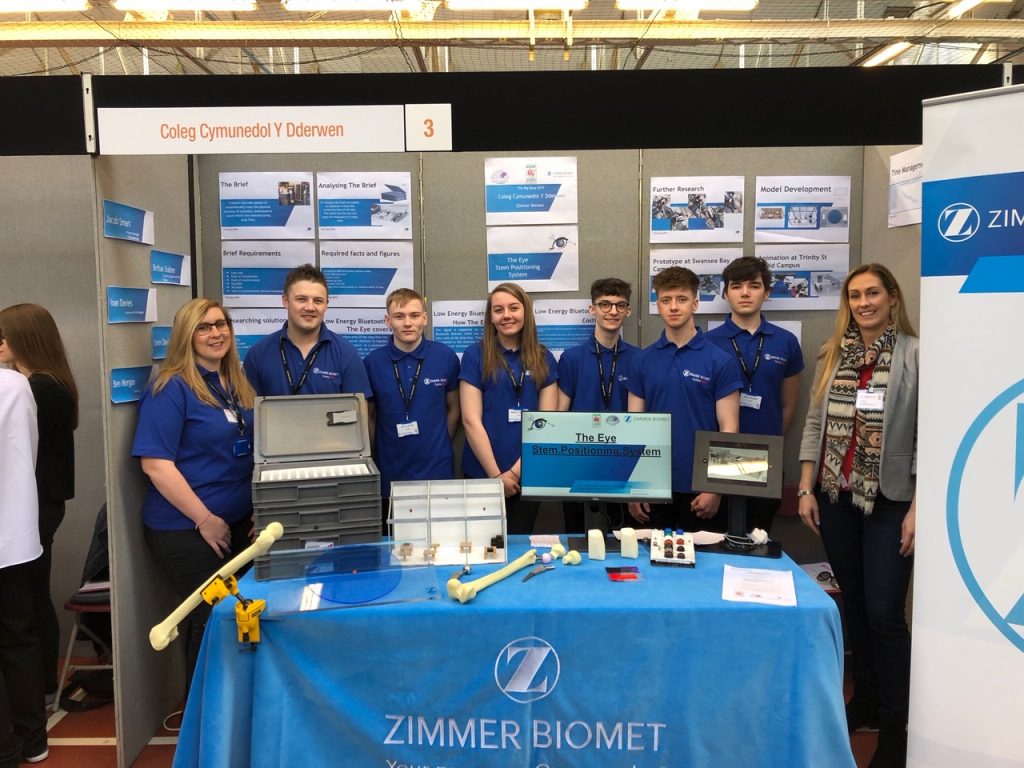